Manufacturing Trends on the Rise | World's Way
Back to News

Several of the usual suspects are influencing the top manufacturing trends of 2017, with one overarching factor driving them all-and it’s a revolution of sorts.

A Map of the World

The big players in 2017 trends include a new U.S. Presidential administration, global security concerns and unrest, and a worldwide uptick in the aging population. These changes have fueled particular interest in aerospace, defense, and medical device manufacturing. 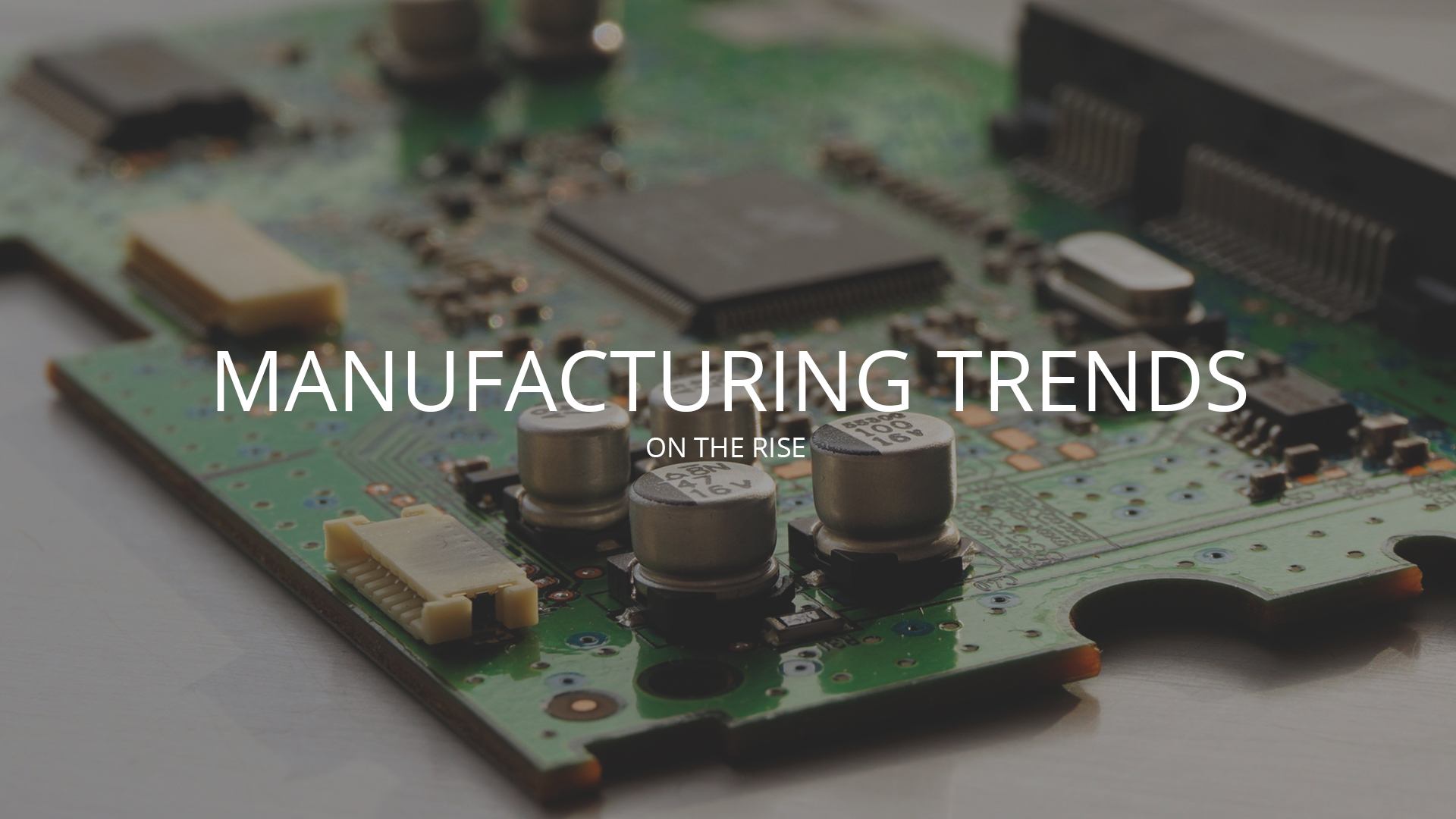 Meanwhile, in spite of a cooled-down GDP in China, and stable governments still missing in Libya and Egypt, personal wealth has grown in both Asia and the Middle East. As a result, a surge in demand for better, more reliable transportation-particularly in airline travel-has prompted increased production in the commercial aerospace sub-sector.

Looking at the U.S. and Europe, new administrations in the U.S. and Great Britain are taking steps, promised during the elections, to address national security threats.  Terrorists successfully carried out these threats in Belgium, France, the U.S., and Great Britain, fueling a sense of urgency for governments to significantly increase defense spending. This defense spending has a very broad application, from cyber terrorism to CCTVs on city streets, to the detection gear and spectrometers used by airport security screeners.

Brave New (Digitized) World (of Manufacturing,) with a side of Revolution

Enhanced automation, AI, robotics, predictive analytics, the cloud, 3D printing, the Industrial Internet of Things (IIoT)…all have arrived, or will arrive shortly on your factory floor. Welcome to the Fourth Revolution, or Industry 4.0.

A recent McKinsey report detailed the characteristics of this new revolution in manufacturing, defining it as “the next phase in the digitization of the manufacturing sector,” driven by four disruptions:

Note: The Industry 4.0 does not derive its name from the above four disruptions. Rather, it comes from its place behind the other three manufacturing shake-ups that have taken place since the 1970s: the “lean” revolution of the 70s, the explosion in outsourcing in the 90s, and the automation domination of the new millennium.[1]

This revolution marches on in fits and starts and is not without its detractors and concerns.

Part of the promise to “Make America Great Again” included increasing the number of manufacturing jobs, hopefully restoring the United States’ preeminence in this economic sector.  But because America has also adopted widespread automation in many of its manufacturing sectors, notably, the automotive industry, it has also faced the prospect of automation’s negative impact on job creation.  Policy makers and business owners will have to table the issue of automation’s relentless path forward, and the uncertain future it holds for manufacturing jobs.

The fairly new moniker to describe technology communicating with each other has its own “mechanical” flavor in the manufacturing world, the Industrial Internet of Things, or IIoT.  As with the Internet of Things (IoT,) devices are talking to each other, but with IIoT, sometimes things can get lost in translation.

Unlike technology, most manufacturing equipment is built to last, and expected to perform, for decades. Thus, our current plant owner in 2016 likely has a lot of “legacy” technology and machines that are simply unable to communicate, period. Here, a phase, scalable approach is a great place to begin. Select one machine or process to be monitored, and choose a platform to capture the desired data.  Many of these platforms then store data in cloud-based servers. Real-time statistics can be accessed from this data capture, helping you monitor performance and quickly tend to problems. From here you can take the system further and even connect your entire production line.

The first attempts to contain costs and ramp up efficiency in manufacturing are usually directed at internal processes and aging equipment. With the new Industrial Internet of Things (IIoT,) though, the digitized data capture on the factory floor can now be shared with production partners, enabling enhanced collaboration. This enhanced visibility and transparency offer a number of benefits for all involved, including better design reuse and recycling, quicker and less-costly prototyping, and greater overall agility in production.[2] 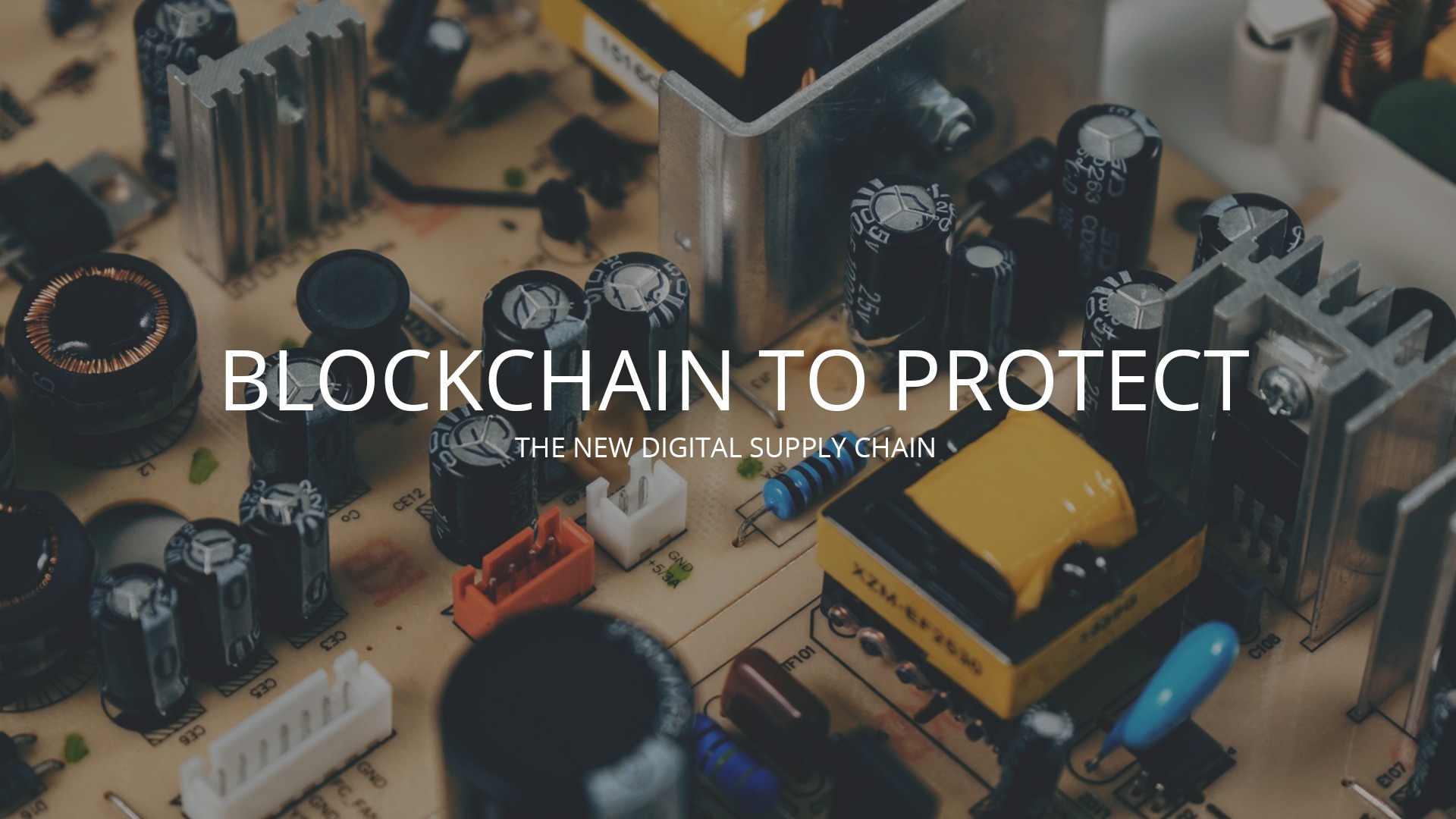 Blockchain’s early association with Bitcoin, in 2008, helped raise its profile among cyber security stakeholders, and pave the way for its application as a secure distribution ledger in the manufacturing sector.

Blockchain’s ability to provide a highly-secure platform was first proven in the cryptocurrency exchange. Now, applying Blockchain’s attributes of deep encryption and the promise of immutability (plus transparency) in record keeping can realize better and more secure partnerships with suppliers, greater materials traceability, and clarity.

To Infinity, and beyond! Analytics as a window into the future

The use of analytical software for manufacturing has been seen primarily in a diagnostic capacity for years, keeping tabs on the health of aging equipment and machinery. But this new technology is now extending its reach beyond the factory floor and into the boardrooms, providing key metrics to guide future business decisions. Advanced analytics can reveal new opportunities and the promise of new competitive advantages.

The advanced data modeling that analytics providers can quickly crunch a number of decision variables. This data appraisal can then help create guidelines to better optimize logistics, cross-unit collaboration, plus inventory planning and storage, all leading to overall increased production capacity and sales.

There are now a number of exciting developments, and disruptions, in manufacturing that is sure to impact not just the factory bottom line, but even entire national GDPs. We lacked the space here to discuss such exciting topics as robotics, 3D printing, AI and AR (augmented reality,) which are right now taking place in a factory or plant near you. The future of manufacturing is NOW.